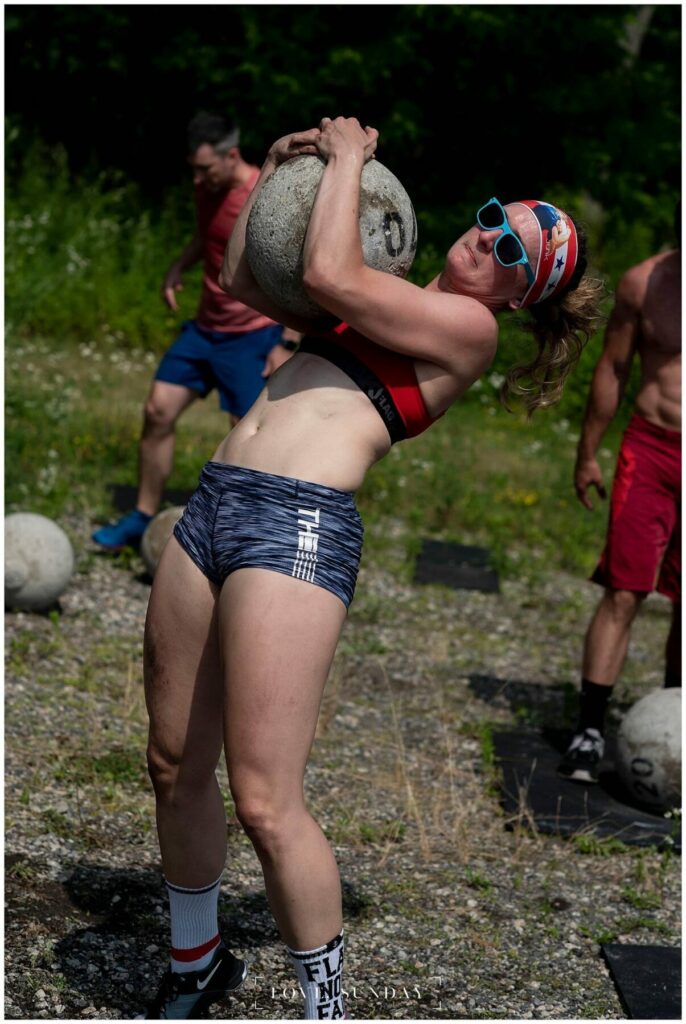 I grew up playing every sport my parents had the time to take me too. I had too much energy and was way too competitive for, well, anything. I found my first love when I started volleyball in fifth grade and took that all the way to college. I loved my time on the court, but became slowly enamored with the weight room.

I was given the gift of a technical coach who demanded excellent form to keep us ego-driven competitors safe (mostly from ourselves). He was the first person that showed me what a proper squat actually looked like and how powerful it made me feel.
After college, work took me to the opposite coast where I continued to train in the weight room, but without a coach or a team to inspire me, I quickly fell into absolute apathy. Training without passion and moving without intent. My workouts soon began spanning two hours, but I didn’t seem to be getting any fitter. I also was just straight up lonely being the only female in a male dominated weight room, where everyone was exceedingly kind but had no vested interest in my well being.
When I moved back to the east coast in 2016, I found my first crossfit gym. I used to make fun of the yells before the lifts and the collapse-on-the-ground-exhaustion, but one thing crossfitters had that 2016 me didn’t have was a crowd of folks cheering them on- especially if they were the last one to finish. I wanted that. I wanted camaraderie and I wanted community. When I stepped into that gym, I was terrified and out of shape, but I wanted better for myself and I was ready to get to work for the me of tomorrow. So that’s what I did.
Five years, five gyms, five cities, and two submarine tours later, I am still working for the me of tomorrow.