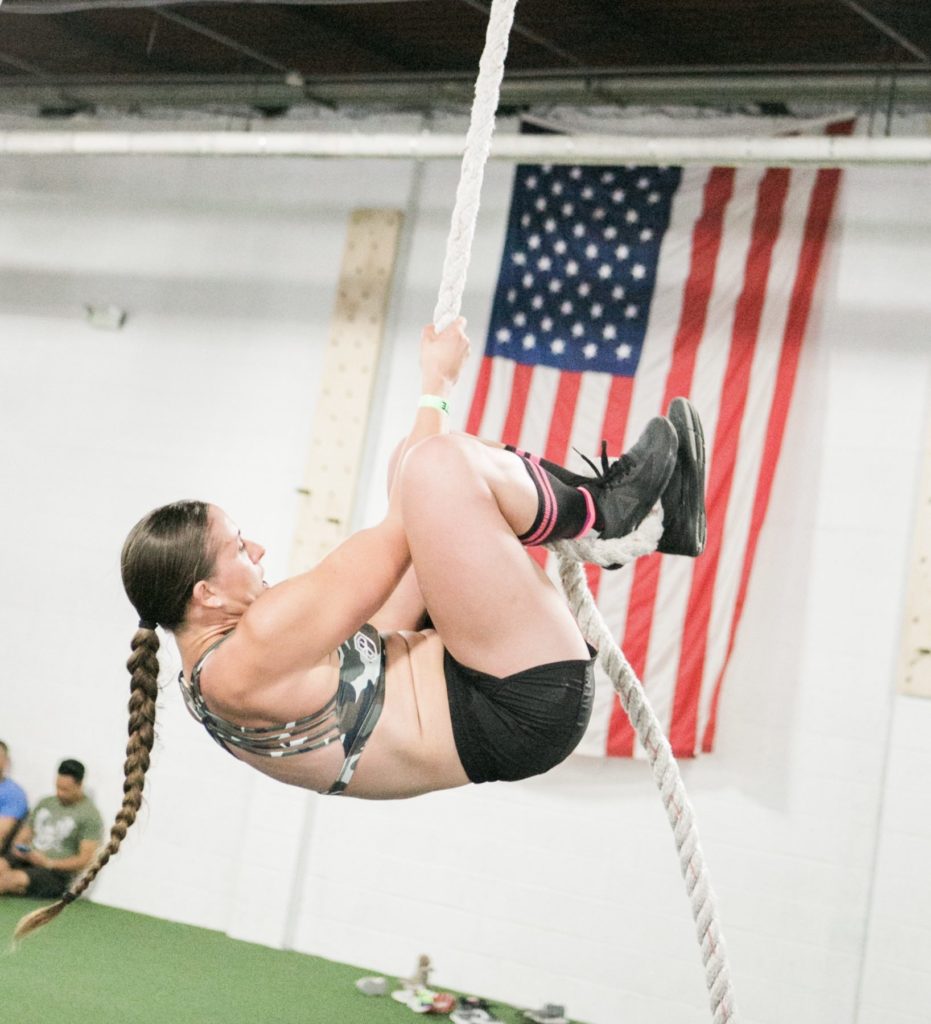 I grew up playing sports (softball, swimming, martial arts and rugby) but didn’t get into working out in a gym setting and eating healthy until my sophomore year at the US Coast Guard Academy. I knew I needed to make a change when I didn’t pass the semiannual weigh ins, and it wasn’t even close. If I couldn’t lose the weight I couldn’t stay at the Academy, which was more than enough motivation for me. It wasn’t hard, we had a nice gym, all my friends were active, and we had a great conditioning program for the rugby team. That was when I came to the realization that I had the power to change my body though proper nutrition and exercise, and it felt great.

I continued to hit the gym after graduating in 2009 but I was somewhat in a rut, doing the same old routine and eventually plateauing. Luckily, in 2012 I discovered CrossFit. Two fellow Coasties who had their Level 1 took me under their wings and really encouraged my growth as a CrossFitter. After my first simple workout, tabata air squats, I was hooked. The competition combined with camaraderie of CrossFit drew me in.

It wasn’t long before I knew I wanted to coach and help spread my love of CrossFit to others. I went to the Level 1 Course in February 2013 and at the same time decided I wanted and needed to start training at an affiliate as opposed to by myself or in a small group, that’s what brought me to CrossFit 757.

My favorite part about coaching is helping and watching people change both physically and mentally. I love the moments when I get to witness an athlete doing a rope climb or a kipping pullup for the first time. It’s very fulfilling to know that I am contributing to someone’s success and positively impacting their health and fitness.